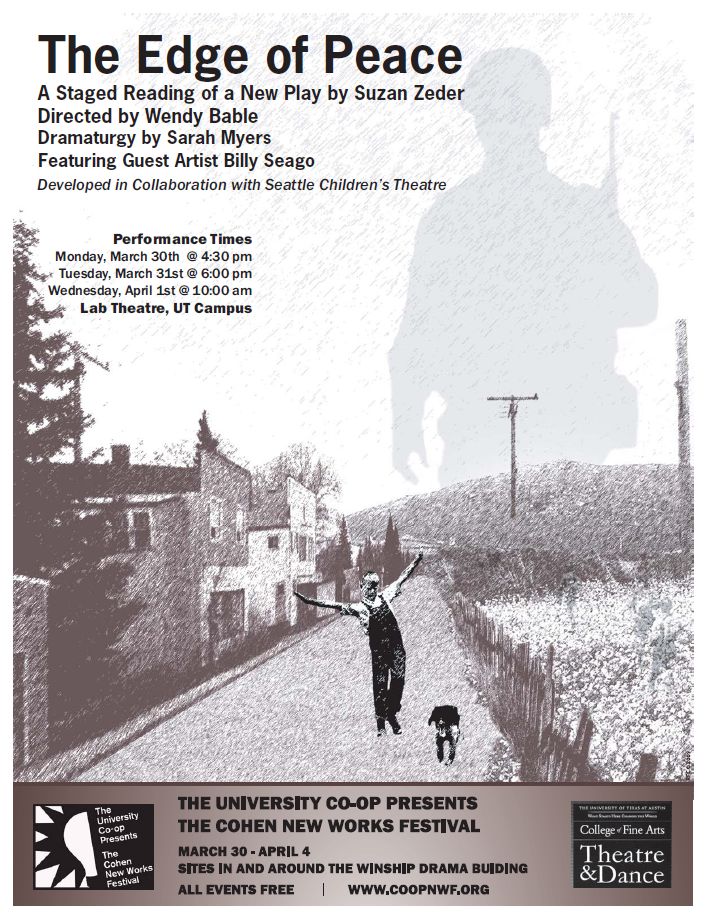 Special invitation from UT Theatre and Dance for audiences of all ages!

On Tuesday March 31st at 6:00 PM there will be a special interpreted performance of The Edge of Peace , an offering in the 2009 University Coop/Cohen New Works Festival produced by the Department of Theatre and Dance at The University of Texas. All performances in the festival are free and this play is particularly well suited for audiences of all ages.

This is the third play in a trilogy that began with Zeder’s award-winning play Mother Hicks and continued with The Taste of Sunrise and now finishes with The Edge of Peace. All three plays explore issues of Deaf culture and feature a Deaf character in leading role and have been produced by Deaf and hearing theatres all over the country.

Set in 1945 in the final desperate months of World War II, this play explores the impact on a family and community when a local boy is declared MIA overseas and his younger brother refuses to believe what seems inevitable. This staged reading features Seattle actor Billy Seago as the Deaf postman, Tuc. In the visual poetry of American Sign Language, Tuc takes us on a journey of hope through a landscape of loss.